25 Years at the Athenaeum

In 1991, WHEN YMCA official Dick Close was asked to evaluate whether a Y facility could be located in what was at that time a floundering Athenaeum, his evaluation was less than optimistic.

He found a building with a leaky roof, where birds were sometimes seen flying inside the historic edifice. His report to his superiors: We ought to pass on the opportunity.

But that’s not what happened. As a result, the YMCA at the Athenaeum will this fall celebrate its 25th anniversary – a unique success story which the now-retired Close agreed to help retell.

What did happen back in 1991 as this story began: The YMCA of Greater Indianapolis accepted the Athenaeum’s offer. Close, who was on the staff of the Ransburg YMCA on the Far Eastside, found himself in charge of a fledgling YMCA branch in a Downtown community much different than the flourishing community of today.

And so it happened that on Jan. 31, 1992, Dick Close received the keys to the East Wing of the Athenaeum, overseeing a renovation which was scheduled to be completed by the fall. Twenty-five years later, Close, sitting in the recently created coffee bar just down the Athenaeum corridor from the Y front desk, talked about those early days.

He recalled the Autumn 1992 grand opening, which happened despite the fact that the renovation wasn’t complete. “Really, we had just a few classes in the building,” he said. And because the YMCA branch wasn’t fully operational, Close lost the staff he had put together, and had to hire a new staff.

The YMCA at the Athenaeum opened with hand-me-down surplus equipment from the Jordan and Ransburg Ys. As Close remembers it, the equipment amounted to two life cycles and two step machines. And, of course, there was the Athenaeum’s historic gymnasium, which hosted basketball and volleyball action.

“We started with a trickle of members,” Close said, “but people were happy to see us. If we had had competitive equipment, we would have done better.” 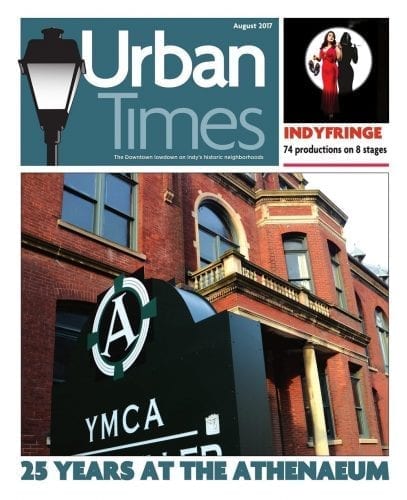 But it took a couple of years for the Y to gain a Downtown foothold. “A sense of belonging, of family, was key,” Close said. What worked for Close and his staff was that they showed respect to all. “When they came through the door, everybody was the same.”

Still, the calendar turned over many times before Close knew the fledgling branch was on solid ground. Close said he remembers walking from his office to see volleyball and basketball action, plus several exercise classes. He remembers thinking, “We’re beginning to look like a Y. That was seven years in.”

Still, the YMCA at the Athenaeum was a bit of a stepchild within the larger organization. “We were always a subcategory,” said Lockerbie Square resident Terry Bradbury, a past chair of the YMCA Advisory Board. One thing which set the Athenaeum Y apart from the system is that it was not a family Y. Just not enough families Downtown in those days.

Still, the facility grew. Close quietly formed an AIDS Advisory Board, a delicate move within a religious-based organization.

“We stayed under the radar,” he said, with the board serving both patients and caregivers.

Close is particularly proud of starting the Breakfast with Santa program. But because the Y was an adults-only facility, he had to get creative to find children to serve. He did that by reaching out to the Salvation Army, Damien Center and Dayspring Center. With donated toys and food, that program served as many as 200 needy children during his time at the Y.

A big change in the dynamic came in 2003 when the Fall Creek YMCA facility was closed. And as the Downtown neighborhood grew, the YMCA at the Athenaeum was the first Y to hire a community program director. “As we grew,” Close said, “recruitment wasn’t a problem. We were cool.”

That community program director was Julie Seward (now Seward-Lazerton). She launched yoga and Pilates classes, while also partnering with staff to begin hiking trips and dog-walking groups to build community.

Close retired in 2005, to be succeeded from 2005 to 2007 by Ryan Brady, who left to join the Central Indiana Community Foundation. Since 2008, the YMCA at the Athenaeum has been steered by Karin Ogden.

Ogden said that when people first meet Dick Close, “warm and fuzzy aren’t words you would use.” But she talked to two of the Y’s first members, Mary Ann Brookshire and Linda Ziegler. “They smile when they remember Dick,” she said as she quoted them: “He was gruff at first, but then when you got to know him, he was warm and kind; one of us.” They also grimaced remembering the conditions of the locker room. Close would later engage them both in deciding on upgrades for the space.

“Dick and the Y fit right in on Mass Ave.” Ogden said, noting that the YMCA joined legendary, eclectic Mass Ave haunts such as Brother Juniper’s, Stout Shoes, the Old Point, the Ruschman Gallery, the Chatterbox and the original Front Page.

“The downtown scene was quite different than today,” said YMCA member Dan Hilton, a resident of Riley Towers. “Mass Ave was still a bit early in its evolution – lots of underused spaces, and the crowds were different for sure.”

The Most Welcoming Y

Said Nancy Armstrong, a Fletcher Place resident and current president of the Y Advisory Board, “It has been a pleasure to watch the Y expand over the years in both its service to the community and fitness programming. We celebrate that in the most recent member survey, this Y was voted the ‘Most Welcoming’ of all Y’s in the association.
That’s something we’re proud of and want to continue as a tradition. This Y is a place for all.”

The accolades are not new. For several years, the Athenaeum facility has led the YMCA of Greater Indianapolis in member growth, retention and satisfaction, and in staff retention.

With the 25th anniversary looming, it’s easy to understand why the YMCA leadership ignored Dick Close’s first recommendation. The Downtown has flourished as a community, with the Y playing a key role.

But perhaps the Y leaders were not so much prescient as they were mindful of the Athenaeum’s heritage. As Close noted, the Athenaeum’s original caretakers, the Athenaeum Turners (more formally, the Socialer Turnverein Stock Association), believed in the same tenets as the Y – a sound mind, sound body and sound spirit.

“Everything lined up between the two organizations,” Close said.

Ogden is particularly fond of a quote she discovered from Hermann Lieber, an early Indianapolis entrepreneur (and Lockerbie Square resident) who helped found the Athenaeum in 1982. It refers to what is called “the neutral hallway” which connects the Athenaeum’s two wings:

“That’s our nonpartisan ground. Every educated person, no matter where he hails from, is welcome here. Be he Jewish or Christian, Democrat or Republican, progressive or conservative, Turner or singer – if he supports the conservation of the German language, if he loves music and singing, if he prefers cheerfulness and the German love of life to hypocrisy and gloominess, then he will find a home here in our building ….”

To Ogden, that sentiment tells the story not only of the Athenaeum, but also of the YMCA which Dick Close and others helped thrive through its first 25 years of existence.

This article first appeared in the August 2017 issue of the Urban Times, ‘The Downtown lowdown on Indy’s historic neighborhoods’ and official monthly newsletter, home delivered to 13 neighborhoods and area businesses and kiosks.

The Y at a glance

SINCE ITS OPENING in 1992, changes and additions to programming at the Y at the Athenaeum include: 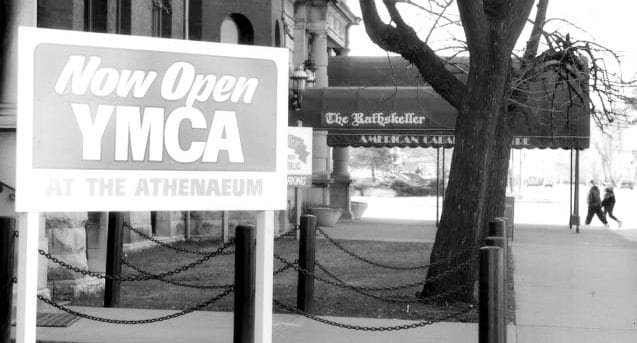 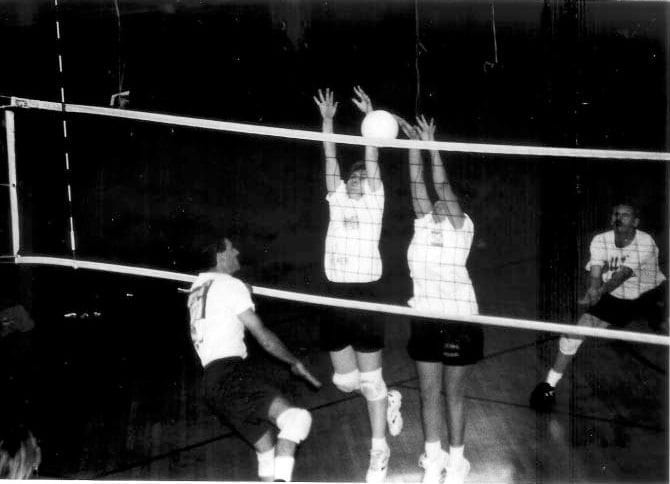 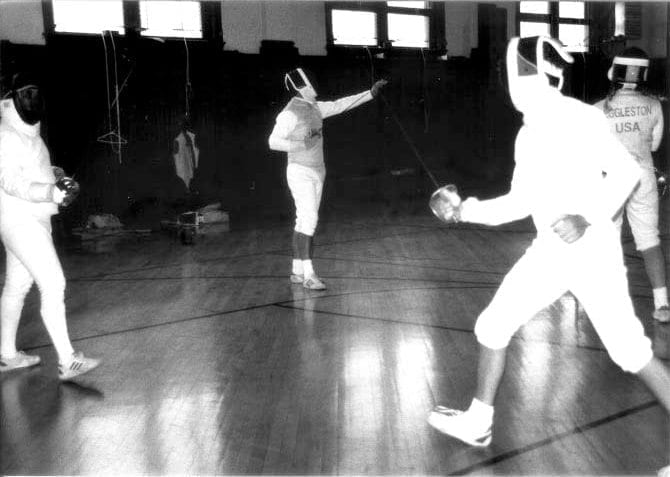 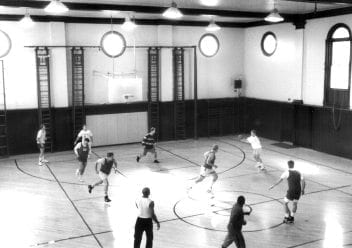 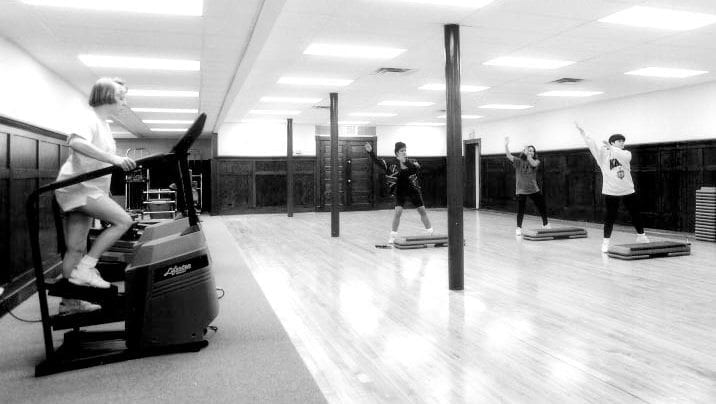 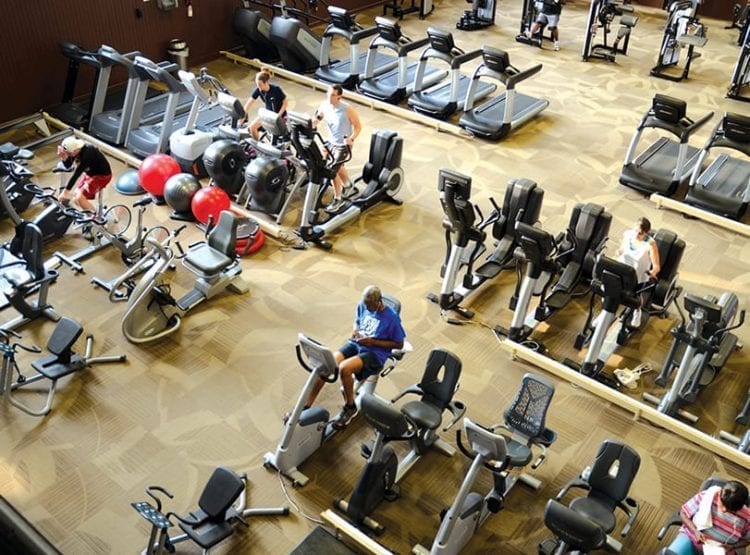