The Y is for Youth!

The YMCA was started by volunteer, George Williams in London in 1844. Over the next few decades, the YMCA served others through volunteer recruitment during the Civil War, opened YMCA’s to serve student bodies at Universities, developed the term “Body Building” to use throughout gyms across the United States, and established Y’s to serve diverse Newcomer populations through ESL (English as a Second Language) classes, and more. In 1889, YMCA World Service was established to raise awareness of the Y’s global movement and to raise funding in support of adult and youth programming. 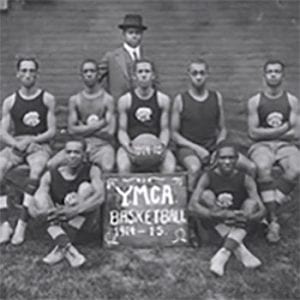 THE YMCA, MEETING THE NEEDS OF OUR COMMUNITIES

As the YMCA evolved to meet the needs of communities all over the country, youth programs were developed which included the first organized swim lessons,  and the invention of basketball and volleyball (originally called “mintonette”). Many additions over the years have made the YMCA a truly inclusive organization, now offering programs for youth that provide essential skills such as leadership, teamwork, motor development, character building, in addition to caring, honesty, respect, and responsibility.

It’s easy to find an adult that has a YMCA story to tell. Ask anyone about their experience with the Y and you are likely to hear things like, “Oh yeah! I learned to swim at the local YMCA”, “I played basketball every winter at our Y”, “My friends and I would ride our bikes through the neighborhood to hang out at the pool every day in the summer”. The Y has had an impact on youth for decades and continues to do so each day.

Here are some examples of how the Y played a roll in the lives of some local YMCA staff and members.

The Baxter YMCA is my second home. That may sound a bit cliche but it is absolutely true. I have lifelong relationships that would not have happened had it not been for the Y. I started going to preschool at The Baxter YMCA 19 years ago at the age of 3. My summers were spent at the outdoor pool. I participated in soccer clinics, Tae Kwon Do, Flag Football, and Swim Lessons. I have volunteered for numerous events like the Halloween Party, The 5K Run, The Cycle-a-thon, and Gingerbread House Night.

Once I was old enough, I started working in the Aquatics Department teaching swim lessons and then received my lifeguard certification which led me to a few summers as head guard. I have literally grown up in that building surrounded by some of the best people you could ever meet.

I credit the Y for helping to develop my confidence when it comes to helping members in situations that could be stressful. As a result, I am very comfortable talking to adults and providing leadership to peers and other staff members.

I am currently completing my internship at the Y for my degree from Ball State in Graphic Design and Business. I graduate in December of 2020 and will immediately begin working on my Masters in Emerging Media Design and Development, I run a small business which allows me to highlight my custom designs and application skills in a variety of ways.

I’m not sure where my career will lead me but I do know that the YMCA will be a part of my life regardless of where I end up.

My YMCA story started in 2007 when I was a teenager. I needed volunteer work to put on my college applications and my mom wanted somewhere safe and positive for me to spend my time. I joined the Teen Leaders at the Baxter YMCA and had no idea then that I would still be at the Y now, 13 years later.

In 2008, I was recognized as Youth Volunteer of the Year at the Baxter YMCA. A few years later when I started college, I would spend every summer working as a camp counselor at either Flat Rock River YMCA Camp or Baxter YMCA. My Y journey didn’t end after graduation though, I continued to stay involved with the YMCA as an AmeriCorps VISTA (Volunteer In Service To America) at the Baxter YMCA for two years where I was the volunteer coordinator.

In 2015, I joined the team of the YMCA at CityWay (now the Irsay Family YMCA at CityWay) where I helped open the new facility as a membership specialist. I was promoted into my current position of marketing director of the Irsay Family YMCA a year later and now oversee marketing for all the downtown Indy YMCAs, including the YMCA at the Athenaeum and YMCA at the City Market.

My journey at the YMCA started out as something that I “had” to do and it very unexpectedly, but thankfully, grew into one of the biggest parts of my life and the person I’ve become since I started at age 16. I’ve been part of many different teams since my start at the Y, but one thing that remains the same is how quickly everyone accepts and includes you. The Y has taught me the meaning of “for all” and how acceptance and inclusion are gifts that you can pass on to people and possibly can change them for life. I hope to be able to continue to give that gift to other people at the Y, just as it was given to me.

I became a lifeguard at the Baxter YMCA when I was 16 years old. My family had always been Y members, and I participated in swim lessons and soccer when I was a kid. My older brother was a lifeguard and when it came time to get a job I followed in his footsteps.

I was a lifeguard throughout high school and sometimes after my lifeguard shift, I would stay at the Y to work out in the weight room. It was then that I learned I enjoyed exercising and decided I wanted to major in Kinesiology at Indiana University. When I returned home from college in the summer and during breaks, the Y always welcomed me back and gave me hours to work. I even met the woman who would become my wife at the Y during my last summer lifeguarding before I graduated.

It’s hard to believe that I have gone from lifeguard to Associate Executive, but within the YMCA,  it is possible!

My Y story isn’t a unique one, but it truly changed my life. I was lucky enough to find the YMCA camp, Camp Crosley, right when I needed it most. My family had just moved to Indianapolis from Atlanta and I felt really alone. I cried the whole way there, sure that this would be the worst week of my life. I ended up having the time of my life! That led to me attending as a camper for the next 7 years. I went on to be a counselor in training and eventually a volunteer counselor for an additional 3 years.

What I gained from those 10 years is so truly meaningful to me. I am positive that I am who I am today because of the Y. Those two weeks each year were often my saving grace. This place and the friends I made got me through hard times as well as celebrated some of my biggest milestones. I made lifelong friends, one ended up in my wedding, and learned so much about myself.

I knew then that my dream was to work for the Y, and now I am lucky enough to have that chance. I get to share the mission of the Y and my passion for camp every day. I am so grateful for the countless people that played a roll in my Y story and I hope one day to be part of someone else’s.

While the YMCA is an organization that truly impacts so many lives, we know that we are unable to do it without the help of our generous donors. Your willingness to provide financial assistance through donations to our Annual Campaign enables all of us to make a difference in the lives of so many of our community’s youth.

Please donate to your YMCA’s Annual Campaign this August and know that you are putting a smile on a child’s face! 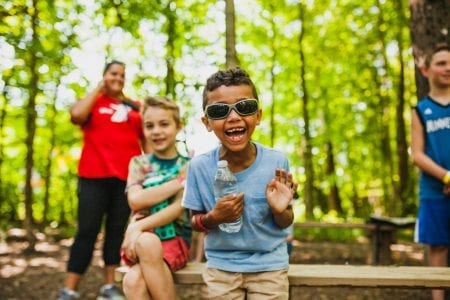 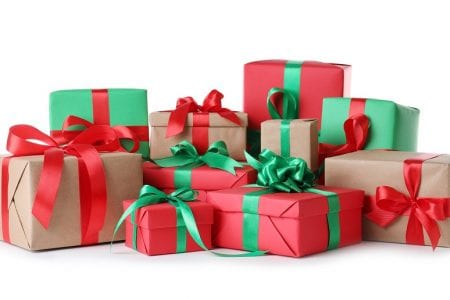 2020 Breakfast with Santa and Project Reindeer 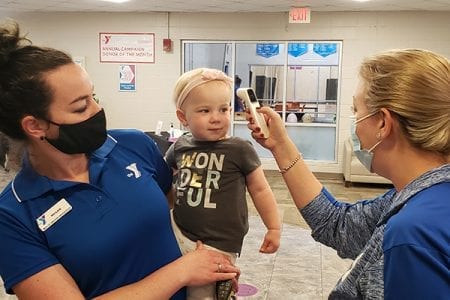 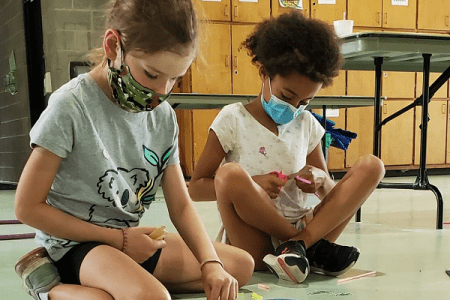