It sounds simple, but this motto has changed the life of this Benjamin Harrison YMCA Member.

Dorothy Hammonds didn’t want someone to wait on her hand and foot: she was going to help herself. Starting out small, in 2015, Dorothy began swim lessons at the Benjamin Harrison YMCA. She was deathly afraid of the water.

She wills the “stroke” side of her body to move

Two years later, she can float the length of the pool. Sometimes the “stroke” side of her body won’t move or is reluctant. She just concentrates and wills it to move. Her instructor says she is the hardest working in class and keep moving outside of class too.

“I want to excel,” says Hammond. “Sometimes I feel like I am going so slow, but I keep moving anyway.” Dorothy doesn’t say much in class because she is focused on her work. “I do what I can do,” she says.

As part of World Stroke Day on Oct. 29, the American Heart Association made this :60 parody music video of the YMCA song using the acronym F.A.S.T. as an catchy way to remember the warning signs of a stroke. 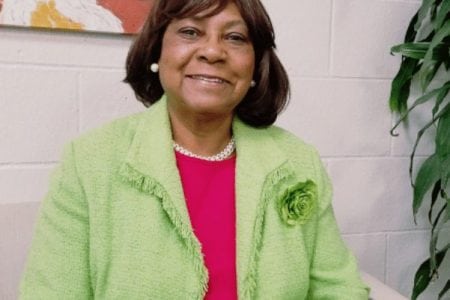