My son, Evan, was born with an extra chromosome at the 21st pair. The clinical term is Trisomy 21, but the common name is Down Syndrome. Therefore, opportunities for our entire family have always been priority-one for us at school, church and in recreational activities. So we joined the Jordan YMCA because we knew inclusion is a priority for them as well.

Evan has participated in basketball, baseball, summer camp and Kids-Night-Out at Jordan. Matt Morwick, Coach Evan Daniluck and the rest of the staff have always worked with him to ensure he is fully included and has an awesome time with his peers. He also continued the family tradition of over-night camp at Flat Rock YMCA. He’s now a seasoned camper, having attended the last three summers.

Evan has some developmental delays that cause him to struggle with muscle coordination. He loves the water, but was having difficulty learning how to swim. When I explained my concerns to the Aquatics team about his safety around water and his struggles learning to swim, they assured me they had someone who could work with Evan.

The swim coach was Robin Lamkin, who was absolutely tremendous working with Evan. His comfort level in the water as well as his ability to perform basic swim strokes has steadily increased since beginning lessons with Robin. Her patience and willingness to administer a little “tough love” when needed is helping us to reach our goal of Evan becoming a strong independent swimmer. 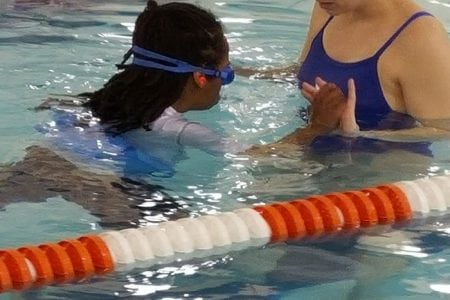 Evan during Swim Lessons at the Jordan YMCA. 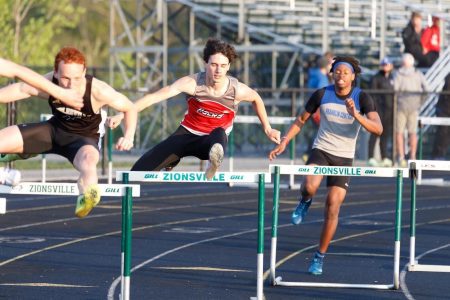