Women have always been part of history. But for centuries, women’s history contributions were overlooked. Early history texts often excluded women altogether, aside from accounts of powerful women like queens. Historians, who were almost entirely men, often saw the past through the lens of the “great man” theory, which holds that history is largely shaped by male heroes and their struggles.

Women’s History at the Y

Early in Y history, women’s auxiliaries were instrumental in raising funds for the YMCA. In 1886, the first known female YMCA employee, Ellen Brown, was hired, and during WWI 5,145 women served under the YMCA banner. However, though the support of women was of vital importance to the success of the YMCA, they have not always been able to participate fully as a member. The Brooklyn YMCA is the first Y known to work with women which began as early as 1859. However, it was not until 1978 that gender discrimination was banned outright by the YMCA.

Things started to change in the 20th century, with the birth of women’s history as an academic discipline, a push to recognize the achievements of women, and a movement to ensure women had equal access to the academic institutions where their history might be taught. Women’s History Month was initially just International Women’s Day, a day that commemorated the Feb. 28 meeting of socialists and suffragists in Manhattan in 1909. One year later, on March 8, 1910, according to BBC, a German activist named Clara Zetkin suggested that they recognize International Women’s Day at an International Conference of Working Women in Copenhagen. With 17 countries in attendance at the conference, they all agreed. On March 8, 1911, the first International Women’s Day was celebrated in Austria, Switzerland, Germany and Denmark, though the holiday wasn’t widely celebrated in the United States until the United Nations began sponsoring it in 1975.

But despite the progress being made, women and girls, especially women and girls of color, still face systemic barriers to full participation and wider gaps in opportunity and equality. This Women’s History Month, as we reflect on the achievements of women and girls across the centuries and pay tribute to the pioneers who paved the way, let us recommit to the fight and help realize the deeply American vision of a more equal society where every person has a shot at pursuing the American dream. We celebrate Women’s History Month to remind ourselves of the accomplishments of women throughout the years to our culture and society. From science to politics, it’s is a chance to reflect on the trailblazing women who lead the way for change. By recognizing the accomplishs of all women, we will advance economic growth, our health and safety and the security of our Nation and the world. 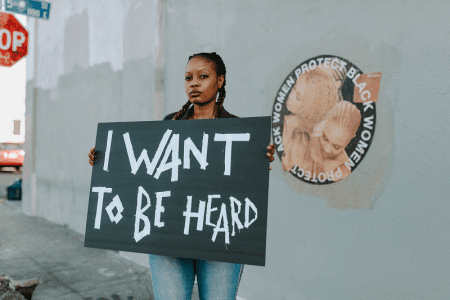