A Lifelong Member Sees Preschool Side of the Y

Mel McMahon Stone is no stranger to the YMCA. Her mother was a swim instructor at a YMCA, and she started a preschool program there specifically for 2-year-olds. Naturally, Mel was one of the first preschoolers to attend. From there, she “grew up” in the Y and came full circle. Not only did she faithfully attend day camp as a kid, but as a teen, one of Mel’s first jobs was a gate guard in the Aquatics department. Throughout her career the Y has been a part of her story: she has consulted at a Y in their development department.

It seems that at every stage of her life, the YMCA has played an integral part. But perhaps even Mel couldn’t have foreseen the side of the Y that she has recently discovered.

Mel and her husband, Lance, have two boys. The older, biological son, is a 7-year-old named Bennett. The younger is a foster son, who is nearly four years old. For the purpose of this blog, he will be referred to as “Max.” Max has been in the family’s care since September 2021.

Family isn’t the only value that Mel and Lance hold dear. They also love being Hoosiers! The couple has a passion to help consumers keep their purchases within the state (check out their “Indiana Owned” website here). They own a store, Indiana Gifts, which they used to run out of a location in Carmel. Max attended a daycare nearby, but when they transitioned the store to Lebanon where they live, it was time for a change. It was during that transition that Mel called the Witham Family YMCA and booked a tour.

“You could instantly see that the teachers really cared for the kids,” she says. “And the kids were happy to be at the Y.”

Before, it seemed that nothing Max was taught would really “stick.” Max is considered special needs because of the trauma he’s gone through as a foster child. When Max came to Mel and Lance in 2021, he was almost three and could barely talk. The family is focusing on getting him to use his words as well as to learn what causes his emotions, not just that he has them. He needs extra attention and teachers with more training who can pay attention to the signals when he’s having a rough time. Mel has had the opportunity to meet all of Max’s teachers, which she says is not always the case at other facilities.

“His teacher Chelsey especially has been really great at working with him and working through that,” Mel shares. “She really seems to understand his needs.”

Chelsey says that Max has improved in so many ways. First, he was a bit shy with all the new kids. He came to the YMCA around Halloween. Now, two months later, he has no problem getting right in the middle with everybody else. He’s also much more enthusiastic about activities, especially arts and crafts.

Mel agrees: “His art is amazing. Seriously, the artwork they do: it’s impressive.” But Max has blossomed in the Early Learning program in more than just art and social time. He’s asking to do more things at home that he has started to do in preschool, even singing the nursery rhymes he’s taught during the day. Mel loves that at the center there are outlets that let him be him. He gets to go to swimming lessons and the gym, and the staff knows how to talk to and work with him. He gets a weighted blanket at nap time if he’s having trouble falling asleep. If he’s having a really tough day, Max can call Mel on the phone.

“All of our children come from diverse backgrounds,” Chelsey notes. “There are personal struggles that the family goes through and that the child goes through, and that affects how they are at school.”

Chelsy shares that the differences among students might be diverse races, non-traditional families, those who are adopted or in the adoption process, and those going through divorces or other family changes.

Because of this, the Witham staff take a different approach to each child. Their “Creative Curriculum” lessons are pre-planned to correspond to every milestone and marker students should reach before kindergarten. What’s special about the “Creative Curriculum?” It’s designed to explore multiple areas of learning at once. The students might learn colors while sorting items; they may practice the alphabet and counting in the same game. And that’s just it: the students play to learn! Then, when the teachers notice that a certain area of the “game” is less accessible to one or more of the students, they then focus on that topic more with those children in subsequent activities throughout the day.

“I absolutely love that we offer an Early Learning program,” comments Executive Director Kim Newnam. “Teaching children early is vital to their development and at the YMCA our nurturing environment encourages children to play, learn and grow.”

Witnessing Max’s needs met in such a personalized way is something even Mel couldn’t have foreseen when her own Y story began as a preschooler. Here at the YMCA, we serve every person where they are: every age, every stage, and every journey. That’s what makes the Y “for all.” 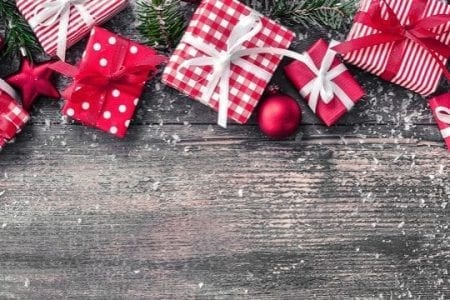