The YMCA of Greater Indianapolis and community leaders broke ground on the new OrthoIndy Foundation YMCA  in June 2017 and unveiled a model of the 8-foot outdoor sculpture that will honor U.S. veterans. Expected to open in 2018, the 56,500-square-foot center will be located at 5315 N. Lafayette Rd. in Indianapolis and will replace the current Y in Pike Township when it opens in December 2018.

The new YMCA will have child care and teen centers, an indoor pool, indoor track, gymnasium, and a demonstration kitchen, among other amenities, and will be equipped to serve the growing neighborhood. It will also be the first facility of its kind in the nation to offer specialized medical services for veterans.

“The OrthoIndy Foundation YMCA will allow us to reach more families and better serve Pike Township,” said Eric Ellsworth, CEO & President YMCA of Greater Indianapolis. “Having a clinic on site will allow us to serve veterans as well. The diversity in the area will be reflected in this new center, and we can’t wait to see all of the great programs in action!”

Numerous partners, including the OrthoIndy Foundation, Lilly Endowment, the Indianapolis Colts and the Irsay Family, have pledged financial support to help build the facility. The Metropolitan School District of Pike Township provided twelve acres of land for the new Y, and healthcare professionals from the Richard L. Roudebush VA Medical Center will staff the medical service area for veterans. The association continues to raise money for the project.

Created five years ago to improve the quality of life for those affected by orthopedic issues, with an emphasis on veterans and the elderly, the OrthoIndy Foundation has pledged $3 million toward the new center.

“As a surgeon in the Army I saw the real sacrifice our Soldiers, Airmen, Sailors and Marines make. The YMCA’s partnership with the Department of Veterans Affairs will serve veterans in ways far beyond the medical care they will receive,” said Dr. John Dietz, chair of the OrthoIndy Foundation. “The OrthoIndy Foundation YMCA will be a place that all people can go to build stronger, healthier lives.”

Sculpture a “Salute” to veterans

The YMCA of Greater Indianapolis and the Indianapolis Arts Council Sculptor Clay Enoch of the National Sculptor’s Guild was selected to build his piece, “Salute.”

“The sculpture will appeal to people of all walks of life and every generation,” said Aasif Bade, chair for the Pike Capital Campaign to build the new YMCA. “Salute will be a great place to gather and pay tribute to our veterans.”

YMCAs build up our communities

The OrthoIndy Foundation YMCA at Pike will be one of twelve in Greater Indianapolis and the area’s sixth new YMCA this decade following these openings:

An active member of the Jordan YMCA, Indianapolis Mayor Joe Hogsett spoke at the celebration:

“YMCAs make our citizens healthier and stronger and our communities safer and more vibrant—and we are fortunate to have so many in Indianapolis. The OrthoIndy Foundation YMCA will be a huge boost to Pike Township, to our veterans and to the whole Indianapolis community.” 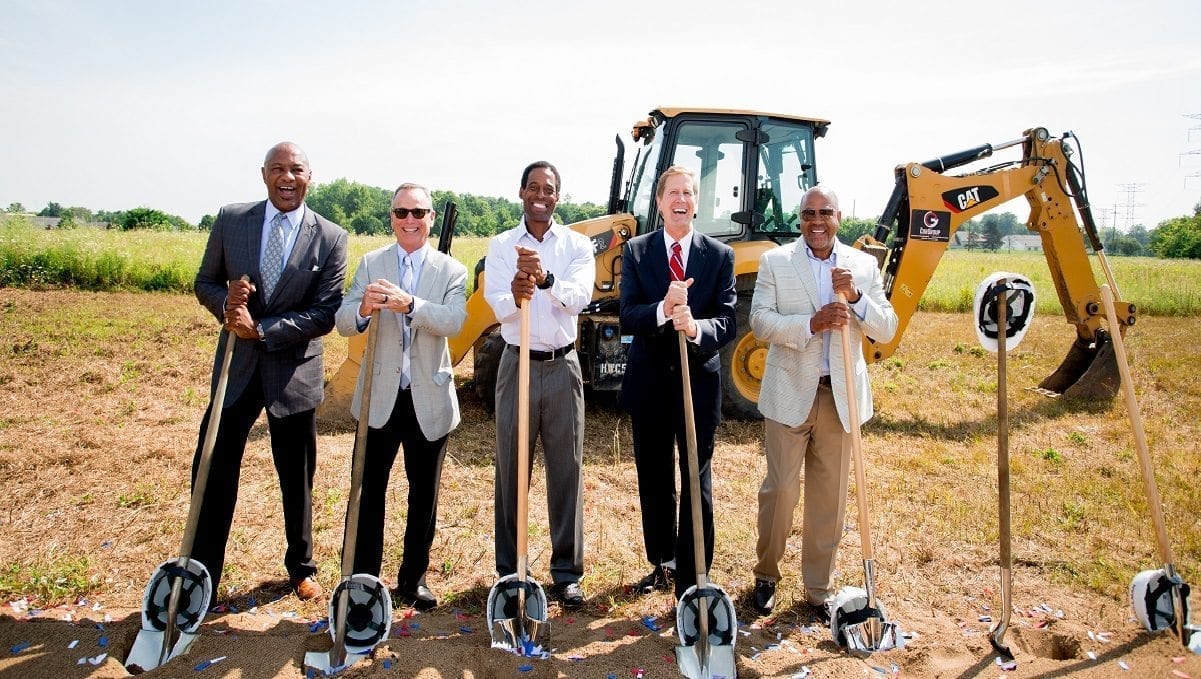