In 1844, industrialized London was a place of great turmoil and despair. For the young men who migrated to the city from rural areas to find jobs, London offered a bleak landscape of tenement housing and dangerous influences.

Twenty-two-year-old George Williams, a farmer-turned-department store worker, was troubled by what he saw. He joined 11 friends to organize the first Young Men’s Christian Association (YMCA), a refuge of Bible study and prayer for young men seeking escape from the hazards of life on the streets.

Today, the YMCA is one of the world’s largest volunteer organizations known for helping people of every background reach their potential. The Y serves more than 22 million people annually and offers resources at more than 2,700 locations across all 50 states.

Although an association of young men meeting around a common purpose was nothing new, the Y offered something unique for its time. The organization’s drive to meet social needs in the community was compelling, and its openness to members crossed the rigid lines separating English social classes.

Years later, retired Boston sea captain Thomas Valentine Sullivan, working as a marine missionary, noticed a similar need to create a safe “home away from home” for sailors and merchants. Inspired by the stories of the Y in England, he led the formation of the first U.S. YMCA at the Old South Church in Boston on December 29, 1851.

THE YMCA OF THE GREATER INDIANAPOLIS Founders Day

Founded in 1854 after a series of organizational meetings at local churches, the Indianapolis YMCA (or Y) was originally led by a small group of evangelical Protestants.

The first local branch of the YMCA appeared in 1878 and involved railroad men; college men formed another branch at Butler University in the 1890s. African-Americans started a prayer band in 1900, which eventually led to a branch recognized by the state YMCA in 1902 and by the Indianapolis organization in 1910.

This branch, known as the Senate Avenue YMCA, was one of the largest, most active black branches in the country. During the 1940s, the Y established four neighborhood branches on each side of the city. The branches had separate offices but provided services mainly through local churches and schools. When membership soared in the 1950s and 1960s, the Y built new facilities for seven, mostly suburban, branches.

As the suburban branches and other organizations increasingly serviced the recreational needs of Indianapolis, the Central YMCA closed in 1971 in favor of implementing the Central Urban Outreach Program, which included two neighborhood sites and a mobile van program. In 1992, after a 20-year absence, the YMCA resumed downtown programming in permanent facilities at the YMCA at Athenaeum.

By the early 1990s, the Y continued to provide Christian opportunities for its members through social programming including preschool, health and fitness, sports, camping, and after-school services. 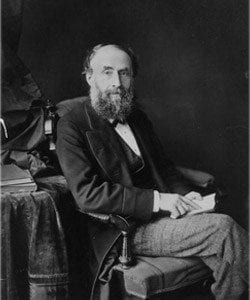