Indy’s Next New Y to be Named OrthoIndy Foundation YMCA

Thanks to a generous $3 million gift from its namesake

Our next new YMCA, expected to open in 2018, will be named the OrthoIndy Foundation YMCA in recognition of the organization’s generous $3 million gift toward construction of the facility to be located at 5315 Lafayette Rd. in Indianapolis’ Pike Township. 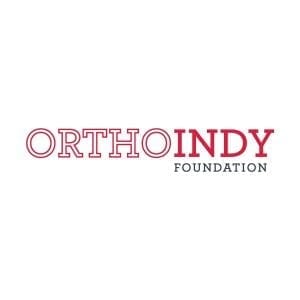 “Since it was launched in 2012, the OrthoIndy Foundation has sought an opportunity to make a profound, lasting impact on the lives of veterans,” said OrthoIndy Foundation Chairman Dr. John Dietz. “We’re proud to partner with the Y on a facility that not only meets that aim but also can serve as a model for others across America.”

A key factor in the OrthoIndy Foundation’s decision to support the project is the new Y’s inclusion of veteran-focused space and programming. In addition to being a full-service facility open to the public, the new YMCA will include programs, facilities and services tailored to U.S. military service members, veterans and their families.

The OrthoIndy Foundation was founded to improve mobility and function, especially for veterans and the elderly. In addition to contributing toward the building of the new YMCA, funds from the trust are used to match employee giving and support programs such as Habitat for Humanity homes for veterans and Servants at Work, which builds access ramps for the disabled.

“The OrthoIndy Foundation has proven to be the perfect partner on the new YMCA in Pike Township,” said YMCA of Greater Indianapolis President and CEO Eric Ellsworth. “Our goals align, and their team has the passion and means to support our vision of serving veterans in new and exciting ways.”

OrthoIndy has a number of connections to the military, including a staff that includes veterans and people currently serving in the reserves and Indiana National Guard. Dr. Dietz himself is a former U.S. Army Ranger and U.S. Military Academy at West Point graduate who first became interested in orthopedic surgery as a result of injuries sustained as he was parachuting from a plane during a training mission. Even before he healed from his injuries, he interviewed to enter medical school at Duke University. He served for a number of years as a U.S. Army surgeon before leaving the service for private practice. 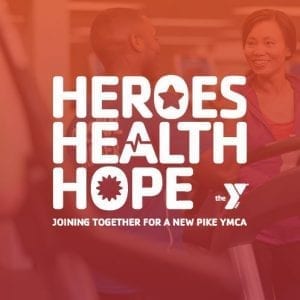 Twelve acres of land for the new Y has been generously provided by the Metropolitan School District of Pike Township. Demand has overwhelmed the current YMCA in Pike Township, where space is limited and traditional Y services, such as a pool and gymnasium, are unavailable. The OrthoIndy Foundation Y will be a larger facility and serve many more members.

Including the OrthoIndy Foundation gift, the YMCA has raised $12 million toward construction of the new facility. We continue to raise funds for this pioneering center. Those interested in contributing to the project, including honoring a veteran with a donation, can visit YLovesVets.org or contact YMCA chief development officer Jim Wood.