The Special Olympics athlete was born with fetal alcohol syndrome, which affects those exposed to alcohol in utero. At just three weeks old, Andrew was found alone in a Madison County home, nearly paralyzed.

Because his mother drank alcohol during her pregnancy, Andrew suffered from irreversible brain damage. The syndrome manifests itself in a wide range of behavioral, physical, and learning problems.

As a kid, he had a hard time at school. Andrew was raised in foster care, and when he was 5 years old, he was so physically stiff, he would break crayons immediately after picking them up. He couldn’t hold a fork at dinner and could barely form sentences because his rheumatory stiffness made forming words difficult.

“In elementary school, most kids couldn’t understand me when I spoke,” Andrew said. “Some laughed and called me names. Others walked by me like I didn’t exist.”

When Andrew acted out at school, his teachers thought he had a behavioral issue. They made him walk laps at recess as punishment.

But instead of walking, Andrew started running laps. When he was only 8 years old, he ran his first 3K.

He continued to run in school, and everything started to shift for him. He was adopted by his dad, Craig Peterson, and eventually, Andrew got involved with the Special Olympics. In 2014, he won gold in the 1500-, 3000-, and 5000-meter races. While Andrew continued to go to physical therapy for years to help with movement, he could still miraculously run a mile in less than five minutes.

TRAINING FOR WHAT’S NEXT

When the Irsay Family YMCA at CityWay found out that Andrew qualified for the Boston Marathon, they offered him a membership. The YMCA offers various track and field programs, and has an indoor track where Andrew runs. Incorporating the indoor training into his routine has been crucial, his dad says.

“Andrew needs to see the sequence,” Craig said. “When we stick to the routine, he’s real good.”

Andrew now runs anywhere from 75 to 100 miles a week preparing for the marathon, and used to go through a pair of running shoes in just six weeks.

In addition to training and competing, Andrew is a public speaker and advocate for the Special Olympics. He often speaks at schools and festivals, talking about his experiences growing up and how he got into running.

“I don’t ever want your pity. Rather, I need your respect.”

To help more people like Andrew, make an online contribution to the YMCA Annual Campaign. 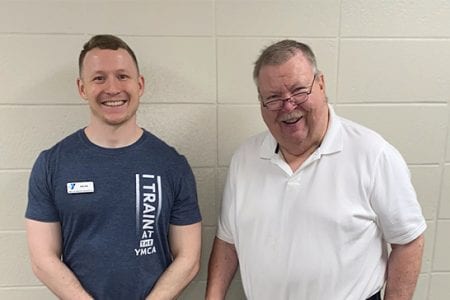 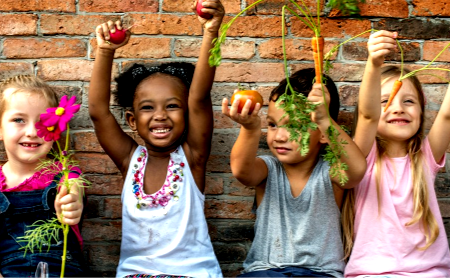