Join other investors in building a new YMCA that will bring health and hope to our military heroes and the entire community.

The YMCA of Greater Indianapolis is proud to announce a very special partnership with the OrthoIndy Foundation.

The OrthoIndy Foundation YMCA will be the first Y in the nation to include VA Medical Center space in addition to being open to the public.

Special programs planned for this facility will be tailored to meet the needs of U.S. veterans, military service members and their families.

A key factor in the OrthoIndy Foundation’s decision to support the project is the new Y’s focus on serving our military heroes. In addition to being a full-service facility open to the public, the new YMCA will include programs and space tailored specifically for U.S. military veterans, service members and their families.

A Beacon for Diversity

The new OrthoIndy Foundation Y will be a prominent community beacon in the most diverse township in Indianapolis. Family, in many shapes and forms, is at the center of the YMCA’s mission. For countless YMCA members, Y staff are their extended family and Y facilities their second home. Pike Township has become a magnet for families immigrating to the Indianapolis area. It is home to many who are pursuing the American Dream.

The cultural diversity of Pike makes a highly-visible, central community space essential. Pike needs a place that welcomes all regardless of culture, ethnicity, religion or economic standing.

Besides needing a healthy place to go before and after school, many students need special services to help them learn how to use exercise to alleviate depression and anxiety. The Marion County Public Health Department found that at least 170,000 kids between ages nine and 17 experience a mental health illness that impairs their ability to live normally.

Local businesses will also benefit from a new Y. Companies that encourage physical activity have been able to dramatically reduce healthcare costs and sick leave while increasing productivity. Employee team-building can be enhanced with the camaraderie of working out together at a nearby YMCA.

Answering the Call to Serve Our Community

The total number of veterans in central Indiana, including those from World War II, Korea, Vietnam and the wars in Iraq and Afghanistan now numbers nearly 120,000. These men and women who have served our country so selflessly are facing catastrophic rates of physical and mental illness. We must honor our heroes now by providing accessible resources that allow them to lead healthier, fuller lives.

As a prominent community hub, the new OrthoIndy Foundation YMCA will address many community concerns. It will allow the YMCA to offer much needed healthy living programs like diabetes prevention, access to health and fitness facilities, sports activities and day camps, plus expanded fitness and after-school activities for children and teens.

It’s nothing new for the YMCA of Greater Indianapolis to be a catalyst for positive change through healthy programs. The Y has been improving life and health in central Indiana since 1854. Quite simply, there is no organization more prepared than the YMCA to build partnerships and to confront the health challenges in Pike Township and central Indiana.

The Y is all in – ready to change the game in Pike Township to make to make it a happier, healthier place to live.

While the land has been generously donated by the Metropolitan School District of Pike Township, and the OrthoIndy Foundation has generously given a naming gift, we need your support to begin construction. 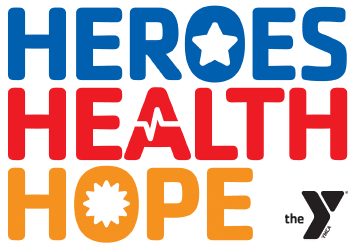 To put Christian principles into practice through programs that build healthy spirit, mind, and body for all.