Discover More at the Y

Hours for this YMCA of Greater Indianapolis location are Monday – Friday 5 AM – 8 PM, with regular weekend hours.

To see group exercise schedules or to reserve your spot in class, check out our app under “Find a Class.” If you do not have the YMCA of Greater Indianapolis App, you can download it for FREE on the Apple or Google Play Store.

Join us for YMCA virtual classes and programming at the YMCA of Greater Indianapolis Facebook Page in the video folder. Programs will also be archived on our YouTube channel.  You can also find 60 more energetic workouts featuring Y instructors across the country at YMCA360.org. 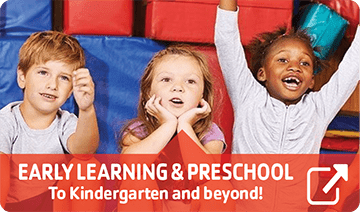 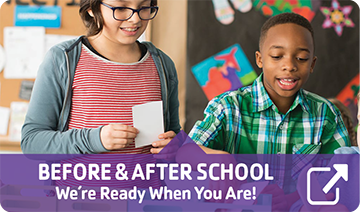 Experience our progressive level-based format, designed to help children gain confidence and ability in a safe and effective manner.

For those looking for individual attention, wanting to improve specific techniques, fearful of the water, or wanting to focus on advancement, private swim lessons can be the answer.

Join the Jordan Sharks, our competitive youth swim team! This team is designed for developmental as well as advanced swimmers. Team members will compete with other YMCAs and other teams in the state. The team will practice two to three times a week and will focus on Stroke Development and Mechanics. Registration is done on a monthly draft. Swim meets are held a minimum of once a month at various YMCAs. Monthly (EFT Draft)

Here’s your chance to learn diving techniques, equipment usage, as well as explore life underwater. During this course, you will receive your PADI Scuba Certification. The PADI Open Water Diver course is the world’s most popular scuba course and has introduced millions of people to the adventurous diving lifestyle.

Available to members only for up to 4 hours while Play & Learn is open. Please register online or at the Member Services Desk. Y Member: $6/hr

Registration is on-going; new students will begin attending class the first week of the month. Class payments are drafted on the 1st of the month and may be cancelled at any time prior to the 25th for the next month.

Kids will most certainly walk away happy and confident after taking one of our gymnastics classes. Participants will learn creative movements while building self-confidence, coordination, discipline and positive self-esteem.

Developmental Basketball
Learn and Love the Game!
Interactive skill development lead by the YMCA’s best basketball coaches! Athletes will learn the rules of the game, terminology, and will run through various skill drills and agilities to develop fundamental skills, improve their footwork, and sharpen their practice skills during the off season.

Developmental Soccer
(Ages 2-4 with grown-up)
Athletes will learn the rules of the game and have the opportunities to practice and refine their soccer skills through a games-centered teaching approach that enhances each player’s desire for soccer, while teaching proper soccer techniques for future soccer achievement.

Rec Leagues: Leaguers with basic fundamentals play with a volunteer parent coach. No scores or records are kept. Typically, games/practices are at one location, however, there may be a week where Fishers YMCA teams crossover to play Jordan YMCA teams (no more than once per season.)
All-City Leagues: Players must have previous experience. Fishers Y teams formed will play other Indianapolis-area YMCA teams. A season consists of three home games and three away games plus a season-ending tournament. Games will be played only on Saturday afternoons. Staff & volunteer parents will be our coaches. Equal playing time is not guaranteed. Records are kept for the season. Participants will receive an upgraded jersey.

(Ages 4-14)
Players are taught basic game skills such as trapping, dribbling, passing and shooting as well as goalie skills.
Rec Leagues: Leaguers with fundamental skills play with a volunteer parent coach. No scores or records kept. All games/practices at one location.

Taekwondo
Classes are taught at beginner and advanced levels and prepare students to participate in competition at local, state, and national levels.

Work with a certified trainer, review goals, and develop a customized exercise program to meet your needs. Your trainer will guide you through each exercise offering feedback, motivation, and accountability.

LiveStrong at the YMCA
This 12-week fitness program empowers adult cancer survivors to increase muscle and strength, increase flexibility and endurance, and improve confidence and self-esteem.

This form of exercise will help balance your body by developing strength through your core, resulting in better posture and more efficient movement. Look and feel better, improve athletic performance, functional fitness and your overall health. We offer one-on-one, and small group classes. Sign up for a FREE demo! Contact Kat Maxwell kamaxwell@indymca.org 317.610.3770.

The YMCA’s Project Connect program is an integrated education and training model designed to prepare adult learners for a rewarding entry-level career in the medical field through a Certified Nursing Assistant (CNA) training. Through guided practice and hands-on training, our students thrive in competitive job markets.

The YMCA offers an inclusive space for all learners to grow academically and professionally no matter what level they are on. Project Connect offers three unique components to participants: comprehensive employment training, career coaching, and job placement.

addressing and removing the most common barriers for potential participants, the Y provides the opportunity for individuals to create a career pathway for themselves to provide a brighter future. For more information please contact the Project Connect team at YMCA_WD@indymca.org.

Didn’t find what you are looking for? Contact us today.