Our Westfield. Our Y. A Community Campaign.

Community Support to Bring a YMCA to Westfield

The YMCA of Greater Indianapolis is coming to Westfield!

The project will be placed alongside the current natatorium on 10 acres of donated land from the Wheeler Family at the southwest corner of Wheeler Rd. and 181st St. in Westfield, IN.

While we are excited about the project, remaining funds will need to be raised and approvals must be met before construction can begin.

For more information about the project, please click on the tabs below. Please contact Shannon Russell, Major Gifts Officer, at 317-713-8546 for fundraising information.

A YMCA for Westfield

Westfield is a growing hub for businesses and home to families seeking the best quality of life: excellent schools, great opportunities for recreation, and a welcoming community.

Like Westfield, the YMCA of Greater Indianapolis began with a higher mission: helping people become healthier in spirit, mind, and body. Today, our Y has expanded into a movement that serves all people. Our association includes 15 facility and program centers. We serve seven Central Indiana counties and a population of nearly 1.7 million people.

In addition to serving more people and places across Central Indiana, our work has evolved and our impact has expanded. We’re not just a gym. We’re not just a charity. We’re about families, but we’re also about singles, college students, new couples, and empty-nesters. Above all, we’re about community.

That’s why we’re so excited about what’s next: our campaign to bring a full YMCA center to Westfield.

With 90,000 + -square-feet, the new YMCA in Westfield will boast the best features a Y has to offer. This Y center is planned to be built adjacent to the current natatorium on 10 acres of donated land from the Wheeler Family at the southwest corner of Wheeler Rd. and 181st St. in Westfield. Featured among the amenities are:

Count on the Y to Deliver Options, Resources Essential to the Westfield Community

Like Ys all across the country, the Westfield Y will allow us to deliver on all three of our focus areas. It will provide space and resources for youth development, it will support and enable healthy living for local residents, and it will promote social responsibility in the communities it serves.

While we are excited about the project, funds will need to be raised and approvals must be met before construction can begin.

At the Y, we believe that play is the foundation for learning. A Play and Learn Center, free to Westfield YMCA members, will offer curriculum-based learning activities to children from six months to five years in a fun and nurturing environment.

We’ll complement the nationally-recognized Grand Park, and we’ll help grow Westfield’s reputation as a leader in youth sports. At the Y, our sports programs are about more than winning—they are about building strong bodies and strong character. Children and teens will learn the skills needed to perform to the best of their ability through year-round programs like Basketball, Soccer, Futsal, Football, Baseball, Softball, T-Ball, Dance, Cheer, Gymnastics, Volleyball, and Martial Arts. 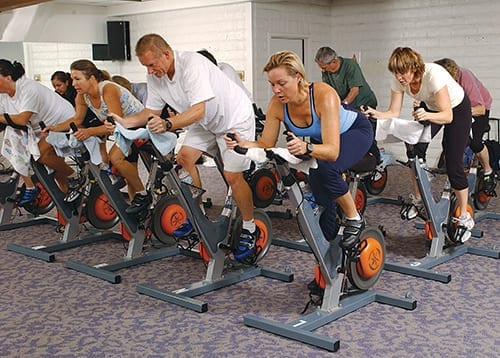 The YMCA of Greater Indianapolis has distinguished itself through successful collaborations and groundbreaking innovations, and we’ll bring that experience to a Westfield YMCA. To fulfill this vision, the YMCA has mounted an ambitious campaign, which will conclude by raising the remaining $2 million in support of a new center.

As more and more people come to our region to make a home, establish careers, and raise their families, they are strengthening and revitalizing our region. To better serve the families of Westfield and broader Hamilton County, the YMCA of Greater Indianapolis will build a full-service center. By building a YMCA in Westfield—a community not currently served by a Y center—we will take an important step to fulfilling our mission: “To put Christian principles into practice through programs that build healthy spirit, mind, and body for all.”

Read the latest news about the new YMCA at Westfield

Get to Know the YMCA in Westfield

Want to know more about the new YMCA in Westfield? We've got answers for you.

Where will the YMCA in Westfield be located?

On the Southwest corner of Wheeler Rd. and 181st St., on land donated by the Wheeler Family.

What amenities will this YMCA feature, and how big will it be?


The Westfield Washington Schools Natatorium, which can be divided into three individual pools, includes space for training, swim lessons, water fitness classes and lap swimming and feature a spectator viewing area. YMCA locker room space is available to athletes during school-sponsored swim meets. YMCA members and guests will have access to the 50-meter lap pool when not in use by WWS.

The facility will also house a healthcare provider, Ascension St. Vincent, which has been a successful model for YMCAs across Central Indiana. The three entities (Wellness Center, Aquatics Center, and Ascension St. Vincent Health Clinic) will share some equipment and common areas, including the main entrance and atrium, café and lounge, multipurpose classroom, public bathrooms, storage areas and parking lot.

What programs will be offered?

Beyond being a safe place to gather, grow and be in community, the Y offers countless nationwide and global programs that have been tested over time. We customize all our programs to meet the needs of local communities. Some examples of programs we may bring to Westfield include: day camps, social and enrichment initiatives for teens and older adults, chronic disease prevention programs, health and fitness classes, swim lessons, mental health programs, services for first responders, and more.

How many people will be served?

An independent marketing study projected that the YMCA will serve approximately 12,000 members. Additionally, if you belong to a YMCA anywhere in the country you will have guest access to this Y. We also expect visits from many families visiting Westfield for tournaments at nearby Grand Park and other events and attractions.

When will you open?

The project will be completed in two phases. Phase I consisted of the Westfield Washington Schools 50-meter natatorium, lobby, restrooms, and multipurpose classroom. Groundbreaking for Phase I took place in Fall 2019 with the natatorium opening to the public in May of 2021. The YMCA’s close partnership with the Schools has allowed the Y to use its proven expertise to manage the natatorium as soon as it opened, and to offer select aquatic programs for the benefit of the community upon opening its doors.

Phase II, which includes the approximately 56,000 square-foot YMCA, the rest of the YMCA amenities, and space for a healthcare provider, is dependent on the generosity of the community. Construction will begin when the necessary funds have been raised. Schematic designs can be viewed on this web page. Construction of a YMCA of this size typically takes 15 to 18 months.

The final structure will be a single building that connects and strengthens the Westfield community in health, wellness and vibrancy. A shared parking lot will be conveniently located just west of the Monon Trail.

Why should I support the YMCA—what is the YMCA doing for Westfield now and how do I know the organization is serious about serving our community?

While the YMCA is committed to building and sustaining a presence in Westfield, as a nonprofit organization, it must build new facilities with money over and above what is in the operational budget. This additional budget must be raised—and the sooner the YMCA can secure the necessary funds from the community, the sooner it can complete the project.

While the YMCA is committed to building and sustaining a presence in Westfield, as a nonprofit organization, it must build new facilities with money over and above what is in the operational budget. This additional budget must be raised—and the sooner the YMCA can secure the necessary funds from the community, the sooner it can complete the project.

What is the current status of fundraising?

Q: What is the current status of fundraising?
A: Provided that $5 million is committed by the City of Westfield, approximately $11 million will have been raised to date. The YMCA of Greater Indianapolis has also invested significantly in the project, leaving $2 million needed to make the vision a reality.
In August of 2020 the YMCA finalized a lead gift from Association St. Vincent. This agreement, along with several other early gifts from committed volunteers and donors, will help defray the Y’s construction costs and enrich the programming offered at the Westfield Y. YMCA leaders are actively seeking support from institutions and individuals in the community to raise the remaining $2 million needed to bring the critical mission and impact of a YMCA to Westfield.

Can you tell me more about the Westfield Community?